Our Research. Your Success. 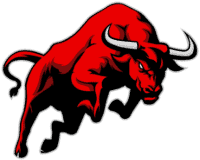 Our experts share the insights that empower your trades. Here, you’ll find everything you need to know about markets. 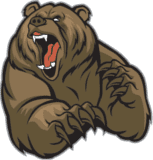 Get more of Moneymunch in your inbox. To subscribe, visit the following links and enter your email at the top of it page.

Nifty Outlook: Is This The End Of The Bull Market?

Is Silver(XAGUSD) Ready For Trend Change?

After breaking the parallel channel, the price entered the value area.

Price has started a seller initiative by going out of the price zone.
Buyers responded more to sellers’ initiatives with an excess.

At this juncture, the price has entered the value area.
The lower band indicates the demand pressure.

Note that if the price does not break the control line, it can not reach the upper band.

Nifty is occurring a corrective wave ((iv)) on the hourly timeframe chart.
It has broken the previous corrective (iv) of a lower degree and price fall to 17377.

The bullish scenario is valid till the price is above 17150.
According to the Elliott wave principle, wave ((iv)) can never enter the price territory of wave ((i)).

Nifty is creating a downtrend channel, where bull power has controlled by sellers.
If the price breaks out of the channel downtrend, we can see a sharp upward move soon.
However, nifty has to confirm its bull run by breaking the breaking supply zones.

No bullish scenario without breakout of the parallel channel.

Lock
Only premium subscribers can read the full article.
Please log in to read the entire text. If you don’t have a login yet, please subscribe now to get access.
END_OF_DOCUMENT_TOKEN_TO_BE_REPLACED
2 days agoJanuary 23, 2022 12 42178

Price Action Perspective:
Price is creating a value area where supply and demand are equal.
The control line of the value area has provided eight price touches to confirm the price move, and it has provided five reversals.

In addition, nifty often gives a gap-up after every powerful doji candle. If it has the potential to reverse the price, nifty can reverse with gap-up. (You can see green circles in the chart)

Important scenario to look at:

Global Scenario:
– Interest rate hike on the card;
– QE is ending;
– Tapper is in plan;
– Earnings are not as expected;
– Demand getting slow;
– Uncertainty in Russia to US over Ukraine;
– KSA and Yemen issue; and
– Many of growth stocks in US are at 52W low; and
– (Minus) 4.1 World GDP

Wave (4) retraced 38.2%, which is the common retracement.
Before starting a bull trend, the price will create public participants, which can be possible after a retracement. Retracement is nothing but a pullback for bull traders.

Note, Safe traders should buy after the clear breakout of the parallel channel. We are not interested in buying before a new lower high, which gives a signal of demand zone.
Breaking down the control line will create a new lower low, which can go up to the upper band or 50%- 61.8%.

I will upload an intraday chart for premium subscribers soon.

Wave ((1))
Price has started an impulsive structure on 24 March 2020. It has exceeded the supply pressure by creating demand.
Wave ((1)) formed as a leading diagonal because there was the existence of seller and supply pressure.
All the fundamentals were bearish before this move. So, it was a bit risky to think about a trend change without any proper signal.
Price has made a high of 9989, and the fifth terminating wave completed the wave ((1)). It has started falling downward, and traders thought that price could make another leg down.

Wave ((2))
5th sub-wave has completed the wave ((1)).
Once again, the price hasn’t signaled trend change, and the bearish perspective was less risky than the bullish perspective.
Corrective wave 2 created a sharp correction, but it couldn’t break the 50% level, and the price surged.
Price made a higher low.

Wave ((3))
Price broke the high of wave ((1)) at 9989, which has given evidence of an impulsive atmosphere.
The price is going for a new high with heavy demand pressure, which has crushed supply pressure.
Bullish fundamentals and public participants have skyrocketed towards a new high.

Wave ((3)) has made a high of 15431, and public participants started booking profit.

Wave ((4))
After creating a high of 15431, buyers got surprising disappointment.
Price has started falling due to short-term bearish sentiments and the profit booking.
Wave ((4)) is a double zigzag pattern w-x-y, which indicates the single correction was not enough to correct the strong impulse move.
It has an alternation of the triangle.
Price has completed corrective wave ((4)) at 14151.

Wave ((5))
After the accomplishment of wave ((5)), the price started a bullish move.
Price broke wave X, which signaled a bullish atmosphere.
Due to surprising disappointment, the price move is not as strong as we have seen in wave ((3)).

sub-wave of wave ((5))
Wave 1 is a five-wave impulse
Wave 2 is a less time-consuming wave.
Wave 3 is a normal extended wave.
Wave 4 is a deep correction triple zigzag (w-x-y-x-z), and broadning wedge .
Wave 5 is forming and has confirmed its bullish move by breaking wave X.

Conclusion:
I have the following reasons to consider the current move as an impulsive wave.
Wave counts without invalidation.
Price broke the X wave of the corrective structure.
Sub-wave 4 of wave ((5)) retraced 61.8% of wave 3. As per rule, the 4th wave can’t retrace more than 78.6% of wave 3.

Scenario 2:
If the price is refusing for a retracement and continuously creating new highs, we price can go for 18600- 18825+

After the accomplishment of, triple zigzag, the price has started an impulsive wave, and it has broken the X wave.
X was had holder the correction, and break out of X wave increased public participant in nifty.

If the price couldn’t break down the parallel base channel, it can create a new high, but it will give a short pullback to increase public participants.

Price has broken out the downtrend channel and started an upward move.
However, the current bullish move looks strong, but the price can’t make a new high without proper retracement.

Nifty can’t get public participants Without trend pause(correction).
If the price breaks the parallel channel, we can expect the following support level: 18232-17944-17604-17261

Please note that the price is bullish above 18250.
If the price takes support on the parallel channel, it can go for 18600-18845+ to touch the upper band of the channel.

Lock
Only premium subscribers can read the full article.
Please log in to read the entire text. If you don’t have a login yet, please subscribe now to get access.
END_OF_DOCUMENT_TOKEN_TO_BE_REPLACED Read the Moneymunch’s Most Popular Publications

Invested in the right way, in the right place and at right time, even few trades can form the foundation for a secure financial future.
– Moneymunch.com Part 1: A simple analysis of Wyckoff of Wall Street 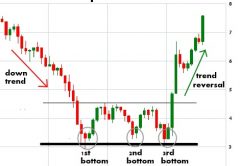 Understand The Cycle Of Doom To Make Winning Trades

‘COVID-19’ No More in China BUT Exists in Other Countries

COVID-19 impact on the Indian financial markets, and precautions.

In case you missed it…

Nifty Outlook: Will the seller crash the remaining bull?

Nifty Outlook – Will the bulls cease the falling knife of Nifty?

Don’t Get Yourself Into a Bull Trap With MCX Gold

EWT – AUPJPY Is Ready For The Last Target

CADJPY Marching Towards The Second Target.

EURCAD: Sentiments Are Short-Term Bearish, But…