It’s the daily chart of the lead. Here, it has made the bullish Elliott pattern, and the ABC correction was completed on the 24th of December 2020. And right now, it started to move upside as per the rules of the bullish Elliott wave pattern. And it will move upwards till 158.6 – 162.

MCX Zinc Will Touch 240 by EWT Here I have used the three most popular patterns, which are pitchfork pattern, bullish flag pattern, and double top pattern on MCX Nickel daily chart.

First, let’s start with a pitchfork pattern. Nickel is running on the support line area. This movement indicates a continuous uptrend ahead.

The second thing is the bullish flag pattern, which also indicates the same. After a short reversal, nickel will start marching for the following targets: 162 – 164 – 166+

If the trend breaks the support line, there will be an activation of the double top pattern, which indicates the fall to the following levels: 148 – 145 – 142.6

Additionally, a breakout of the neckline is a direct sign of an extreme downtrend. And that will become unstoppable and hit the following levels: 136 – 132 – 128

As per this MCX Lead chart, it’s trying to march upward. We may see T1 to T3 soon. Further information I will update you soon.

Gold call hit all targets level. Moreover, it has touched the key level within 24 hours. A special offer is coming up. Be ready to get a mega discount on Commodity pricing plans. Subscribe to read the full article with targets, stop loss, and entry-level.

Get flat 50% OFF on Commodity pricing plans: Click Here

But gold is not safe to short under 31300 to 31000 levels. It may drag it into a heavy downfall. More information will update on the market hours for the premium members only. 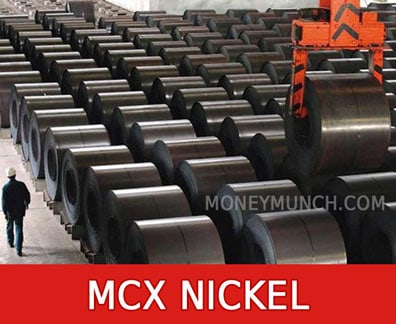 The nickel support level was 886. It has broken in the last trading session. Intraday traders can expect downfall up to 870 – 864.

Further information will update shortly for the premium subscribers. Don’t sell above 886 level. Yes! You can.
Read the natural gas call first update. Is the Crude palm oil (CPO) Bull Back?

Warning: Do not trade in Natural gas if you are not sure what you’re doing. Natural gas will blast again.