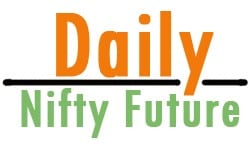 Being disciplined is of the utmost importance, but it’s not a sometimes thing, like claiming you quit a bad habit, such as smoking. If you claim to quit smoking, but you sneak a cigarette every once in a while, then you clearly have not quit smoking. If you trade with discipline nine out of ten trades, then you can’t claim to be a disciplined trader. It is the one undisciplined trade that will really hurt your overall performance for the day. Discipline must be practiced on every trade.

When I state that .the market will reward you. Typically, it is in recognizing less of a loss on a losing trade than if you were stubborn and held on too long to a bad trade. Thus, if I lose $200 on a trade, but I would have lost $1,000 if I had remained in that losing trade, I can claim that I saved myself $800 in additional losses by exiting the bad trade with haste.