Home » Warren Buffett To Republicans: I’ll Match Every Dollar You Contribute To Pay Down The Debt 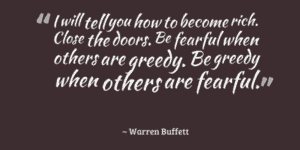 In the latest issue of Time magazine, Warren Buffett makes an unusual proposal: he will voluntarily contribute additional taxes to help pay down the national debt, but only if Republicans in the Senate do the same.

Buffett has pledged to match all donations on a one-to-one basis, with one exception: for Senate Majority leader Mitch McConnell, he’ll make it three-for-one.

Buffett’s move comes after several Republicans criticized an August op-ed in The New York Times in which he criticized tax policy towards the rich. As an example, Buffett highlighted the fact the he, with his $45 billion net worth, pays a lower tax rate than his secretary.

Senator John Thune responded by saying that if Buffett felt ‘guilty’, he should voluntarily give to the government. Thune introduced the “Buffett Rule Act”, allowing the rich to voluntarily contribute to pay down the national debt.

In speaking with The Times, Buffett called Thune’s plan, “a tax policy only a Republican could come up with.” But he has now put the issue back in the court of Republican Senators.

Republicans in the Senate, it should be noted, have a combined net worth of approximately $387 million, according to Media Matters.