Home » RBI may cut benchmark lending rate by 0.25% in May 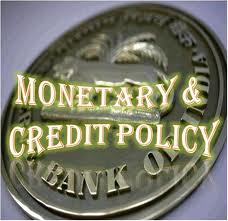 RBI Governor D Subbarao will announce the Monetary Policy Statement for FY14 on May 3, 2013

The Reserve Bank may cut the benchmark short-term lending rate by about 0.25% in its annual monetary policy next month in the backdrop of declining inflation and the urgency to promote growth, say economists.

“Right now conditions should enable the RBI to cut repo rate. We expect a cut of 25 basis points (or 0.25%) in its policy in May and may be by another 25 bps in the next review,” HDFC Bank Chief Economist Abheek Barua said.

YES Bank Chief Economist Shubhada Rao said RBI may cut the repo rate or the short-term lending rate by about 0.25% in May as inflation has come down and there is a need to fuel economic growth.

“Taking cue from inflation, we believe that RBI could take this time…To cut rate, particularly, the way we have seen inflation in the past coming down. Given the strong deceleration in growth, we think RBI may cut repo rate by 0.25% in May as well as may provide some liquidity easing,” Rao said.

Wholesale prices (WPI), a measure of inflation, softened to 5.96% in March after an annual rise of 6.84% in February, the lowest rate since November 2011.

“If you look at the incremental data WPI, IIP in the last two months, that data is in favour of the 25 basis points rate cut. We are expecting a cut in repo rate in May,” Anubhuti Sahay, Economist, Standard Chartered Bank said.

Industry has been batting for a rate cut to tide over the problems concerning poor demand, low industrial output and subdued economic growth.

The Index of Industrial Production (IIP), the key gauge to measure industrial activity, slumped to 0.6% in February from 4.3% a year ago because of poor performance in manufacturing coupled with contraction in power generation and mining output. India’s economic growth rate is estimated to slip to a decade’s low of 5% in 2012-13, pulled down by poor performance of manufacturing, agriculture and services sectors.