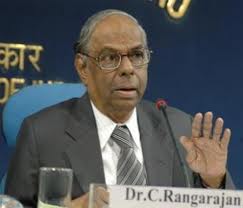 The Prime Minister’s Economic Advisory Council (PMEAC) projected the economy to grow at 6.4 percent in the new financial year that began on April 1. The panel said the economy probably grew 5 percent in the fiscal year 2013, its slowest pace in a decade, but an upward revision was likely.

Presenting the economic review for fiscal year 2013, C Rangarajan, chairman, PMEAC lauded the reform measures taken by the government and claimed it had started yielding desired results. The PMEAC chairman said manufacturing sector is all set to improve its performance over FY13 and may even report numbers higher than what the Central Statistical Office (CSO) had estimated.

The improvement in the growth rate in the current fiscal, he said, would mainly be on account of better performance of agriculture, industry and services sectors.

He also said FY14 current account deficit (CAD) is expected to narrow down to 4.7 percent (from 5.1 percent in FY13) when the pace of exports pick up. He clarified that exports will remain modest in first quarter but will see gradual momentum from second and third quarters. CAD, which is the difference between inflow and outflow of foreign exchange, rose to phenomenal 6.7 per cent for the quarter ended December 2012.

Saying that there are tell-tale signs of WPI inflation coming down, specifically non-food inflation, Rangarajan pegged it at 6 percent for fiscal year 2014. “Non—food manufacturing inflation remains around the comfort zone. As inflation comes down, it will create more space for monetary policy to support growth,” the economist said hoping that lower inflation will contain demand for gold imports thereby reducing pressure on CAD.

Below are the sector-wise performance prediction for FY14: