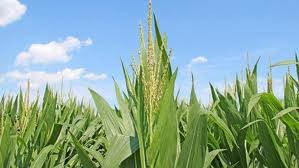 India, the second-biggest grower of rice, wheat and sugar, will review its export rules and consider curbing the amount of food crops that traders can stockpile as the worst monsoon in three years fuels a rally in prices.

“I am concerned about the deficient rain,” Food Minister K.V. Thomas told reporters after a meeting with Prime Minister Manmohan Singh yesterday. “We will get a clear picture about the situation after 15 days.”

July 17 Tom Flora, a farmer from Delphi, Indiana, Mike Zuzolo, president of Global Commodity Analytics in Lafayette, Indiana, and Wes Stockdale, a farmer from Veedersburg, Indiana, talk with Bloomberg’s Tony C. Dreibus about the impact of the U.S. drought on Midwestern corn crops and agriculture-related business. The condition of the U.S. corn crop worsened for a sixth straight week, the longest such streak since 2003, as the worst Midwest drought in a generation spread, the Department of Agriculture said yesterday. (Source: Bloomberg)

Dry weather from the U.S. to Australia has parched fields, pushing up global corn and wheat prices and curbing a decline in food costs. El Nino weather conditions, which can parch Asia and bring cooler weather to the U.S., may develop during July to September, the World Meteorological Organization said June 26. India extended a ban on exports of sugar, rice and wheat in 2009, following the weakest monsoon since 1972.

“One of the big concerns about a repeat of the food crisis is whether we are likely to see the export policy in key producing and exporting countries changing,” Sudakshina Unnikrishnan, an analyst at Barclays Plc in London, said by phone. “An underperforming Indian monsoon does raise concern that potentially there could be some sort of export curbs.”

More than 235 million farmers depend on the monsoon for crops such as rice, peanuts, soybeans and cotton. Sowing of monsoon crops begins in June and harvesting starts in October.

Consumer-price inflation exceeded 10 percent in June to remain the fastest among major economies. The consumer-price index climbed 10.02 percent from a year earlier, compared with 10.36 percent in May, the Statistics Ministry said. Singh is banking on higher farm output, which accounts for about 15 percent of gross domestic product, to curb food prices.

The monsoon, which represents more than 70 percent of annual rainfall, was 22 percent less than the 50-year average over June 1 to July 18, delaying sowing of corn and rice crops. Weather in July, the wettest month in the June-September rainy season, may miss a forecast of normal rain, L.S. Rathore, director general of the India Meteorological Department, said in an interview on July 16.

“With the monsoon playing hide and seek, it is a challenge for our farmers and scientists to maintain the food-grain output achieved in the last two years,” Farm Minister Sharad Pawar said July 16 in New Delhi. The country won’t ban exports of rice and wheat as it has ample stockpiles, he said.

Food-grain production reached a record 257.44 million metric tons in the year ended June 30 after a second year of normal rains boosted harvests, the farm ministry said. That prompted the government to lift curbs on exports of rice and wheat last year.