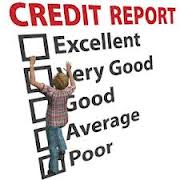 The finance ministry on Friday made a strong case for rating upgrade of the Indian economy by global agency Fitch Ratings on the back of increasing investments, declining import of gold and the government’s commitment to fiscal prudence.

The issue of rating upgrade was raised by the ministry’s officials at a meeting with the representatives of Fitch in New Delhi. The meeting was attended by Department of Economic Affairs Secretary Arvind Mayaram, among others.

“Fitch raised concerns on how deficits will be met and how the government will be able to meet revenue targets. We said we are confident, gold import is declining and investment in our economy is going to start increasing,” a top  official said.

The official further said the finance ministry also expressed confidence that the current account deficit would come down, as oil prices were stable and the rupee had been range bound.

“The Cabinet Committee on Investment (CCI) has approved projects worth Rs 70,000 crore in three months time. These are infrastructure projects and will have positive impact on cement industry and steel industry,” the official added.

The government had set up CCI, under Prime Minister Manmohan Singh, in December last year to accord fast track clearances to mega projects.

The Ministry officials also impressed upon the rating agency the resolve of the government to follow the path of financial prudence and bring down the fiscal deficit to 3 per cent of GDP by 2016-17.

Besides, several reforms initiative like liberalising FDI norms for various other sectors, including multi-brand retail, was undertaken by the government to promote growth and investment.

The government also undertook partial decontrol of diesel and capped subsidised LPG cylinders, in a bid to check the rising subsidy bill.

Another rating agency Standard & Poor’s is scheduled to visit India on April 25.

Both S&P and Fitch had earlier threatened to downgrade India’s credit rating as an aftermath of the expansionary policy which led to a rising fiscal deficit. The fiscal deficit had touched a high of 5.8 per cent in 2011-12.

S&P rates India as ‘BBB-‘, lowest in the investment grade, with a negative outlook. Any further downgrade will push India’s rating to the junk status, making it difficult and costlier for Indian entities to borrow funds overseas.

After lowering India’s credit outlook to negative, Fitch had in August last year said the possibility of downgrading the country’s sovereign rating is more than 50 per cent in the next 12-24 months unless reforms are carried out.