About GBPJPY I had told you “have to keep eyes on 168.50 level rise above it is bullish again.”
It breaks the resistance and kissed high 169.13.

What about EURCAD, CADJPY & AUDUSD and more Currency which I update for our paid members by SMS. Well, my all Paid Members know very well.

As I said in my last update, all targets are kissed…
To read my full update, click here.. And just try to remember what I said?
I updated about 3 Forex Currency pairs EURUSD, GBPUSD, AUDUSD
In GBPUSD I said “Sell with no fear with the targets 1.6100 – 1.6075“
And about AUDUSD “Break of support (0.9411) and we must see bloodbath to 0.9393 and more.“
On AUDUSD our paid subscribers booked full profit on 0.9292.
And EURUSD My subscribers knows everything about it, there’s no need for clarifications. It seems bullish trend should end with resistance 1.3575 then,

what happens if move backwards after the resistance and levels are for our paid members only by SMS with exact time & level. what will happen if unable to break the hurdle?

Well, I’m not going to tell you everything here. more updates about USDINR for my paid clients only.

I HAVE UNDERESTIMATED THE SCENARIO OF A DEEPER CORRECTION 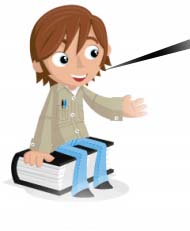 I will update to night weekly update of world markets.