What I said about Mentha Oil? Just one day back…

Yesterday I said intraday trader for last stand is 897 and MethnaOil touched exact my level 897.
Ok traders did you see it or miss it?
Yesterday it kissed our targets, so now just relax and enjoy the money…
You need to enter with exact level.
I said for Long term trader – first level 900. It kissed.
Now, observe it sharply up movement.

Now, what to expect from this level? What to do? 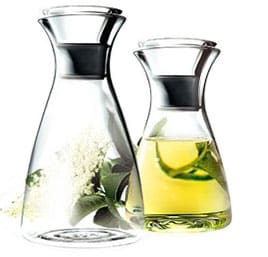 The native Place of Mentha is Japan. So Mentha is also known as Japanese Mint. After Japan, its cultivation began in Argentina, Brazil and China. Then it started in India.

Last year’s carry forward stock is nearly 7,000-8,000 tons. This means total availability would be nearly 27,000-28,000 ton this year, while total consumption is expected to remain around 25,000 ton which includes domestic as well as overseas demand.

Mentha Oil is one of the most consumed essential oils. Mentha oil is extensively produced in India. India stands the largest exporter of menthe oil.

So what to do now?

September 26, 2010 What I said about Silver? Just 4 day back… I had recommended Silver.

Now, Watch sharply up progress of Silver and then real battle will begin.

Update more Commodity Stock detail to our Subscribers only

September 28, 2010 What I said at Morning Time? Just 1 day back… I had recommended Commodity LEAD.

My level crossed Rs.102. Now, what to expect Do you know?

I’ll catch you later at Next Level.

If It KISS my support than what’ll happen do you know?
It mean – Start Blood-raining with Lead… Don’t touch it.

Once crosses and closes around this level watch nonstop rally upto 102-104-105.5
Important key support at 99.5 level.
Now, what to expect from this level? What to do? Silver reserves have again and again out-performed both the DOW and Gold. Watch my chart: where MCX silver increase around 90%, Gold above 50% and Dow just 22%. Silver has been outperforming any other metal, except gold, and has seen the longest run in quarterly gains in about 30 years. Silver continues to push higher.

Is there no reason to sell it?